You can also view my official my resume here. 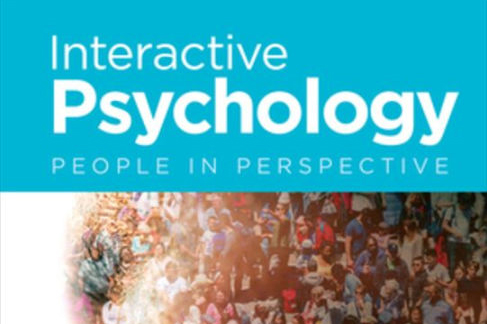 Do embedded assessments within an online textbook improve student learning?

Qualtrics Experimental Design Big Data Regression Team Management A/B Testing Python
For this project, I am consulting with W.W. Norton & Company. At this time, I cannot divulge any of the associated details. 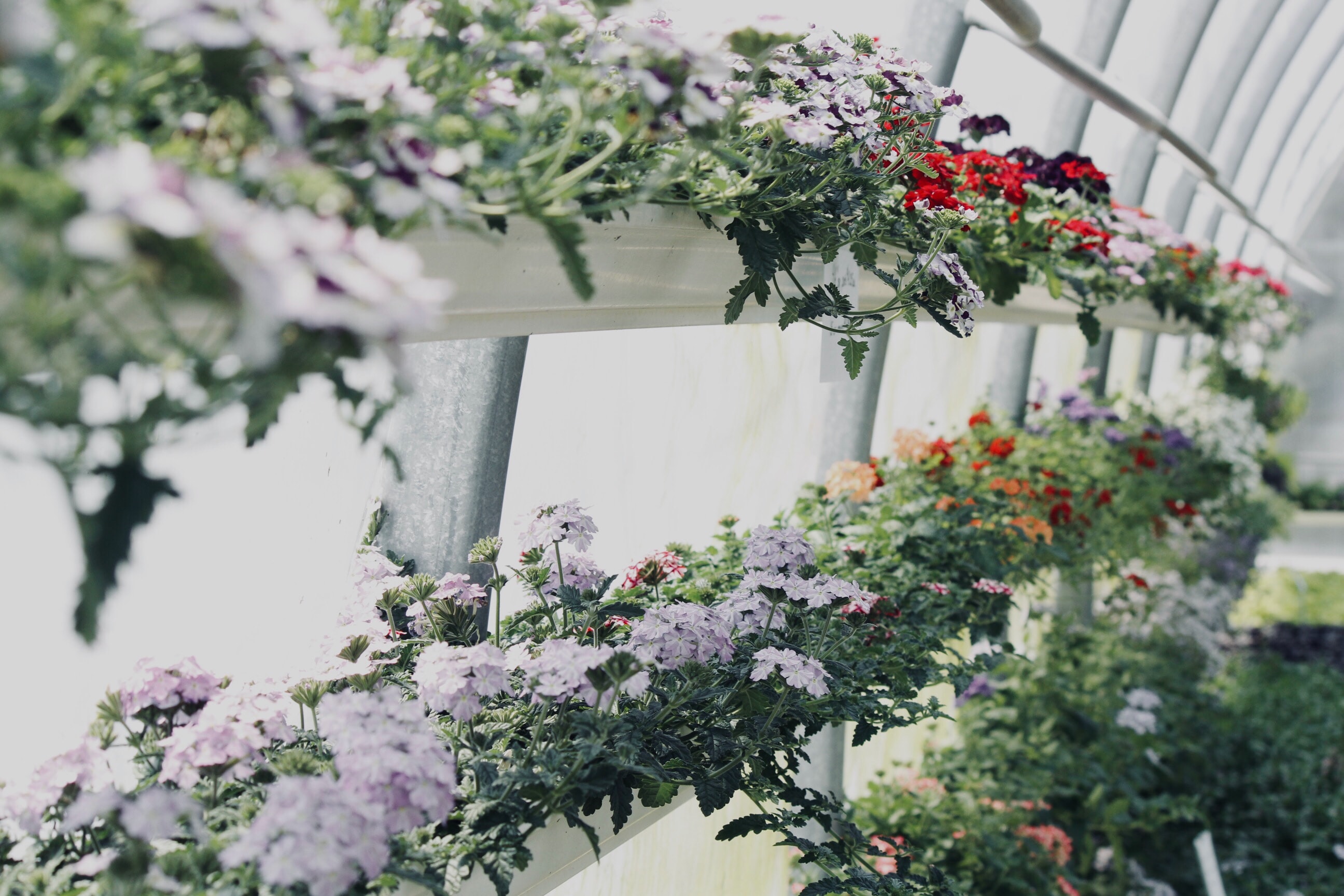 Problem: Studies on patients with psychiatric diagnoses typically involve small numbers of patients and use behavioral surveys to assess cognitive deficits that don’t relate to the constructs as precisely as cognitive psychologists would hope. Meanwhile, attention researchers typically ignore clinical research when thinking about how to advance basic science theories. Creating an interdisciplinary bridge between the fields, I successfully earned a grant to run two large (>2k participants) online crowdsourced experiments, with participants performing attention experiments and self-reporting psychiatric symptoms.

Process: After earning the grant, I wrote a draft of a preregistration proposal, stating hypotheses, proposed experimental design, analyses, etc. and received feedback from my collaborators. I ran a usability test (guide, results) to ensure the attention experiments and self-report psychiatric questionnaires were intuitive for our participants (e.g., instructions make sense, code works well). Data for the first Experiment have been collected, and analysis is ongoing.

Outcome: In progress. My research adviser incorporated a form of this proposal in his R01 grant, “Neural mechanisms of cognitive meta-flexibility,” which was funded. I anticipate at least two research publications from this work: one focused on relating individual differences in attentional states (via reinforcement learning / computational modeling) to mental health (via confirmatory factor analysis) and one focused on providing supporting evidence for the role of learning in attention (via confirmatory factor analysis).

Photo by sydney Rae on Unsplash 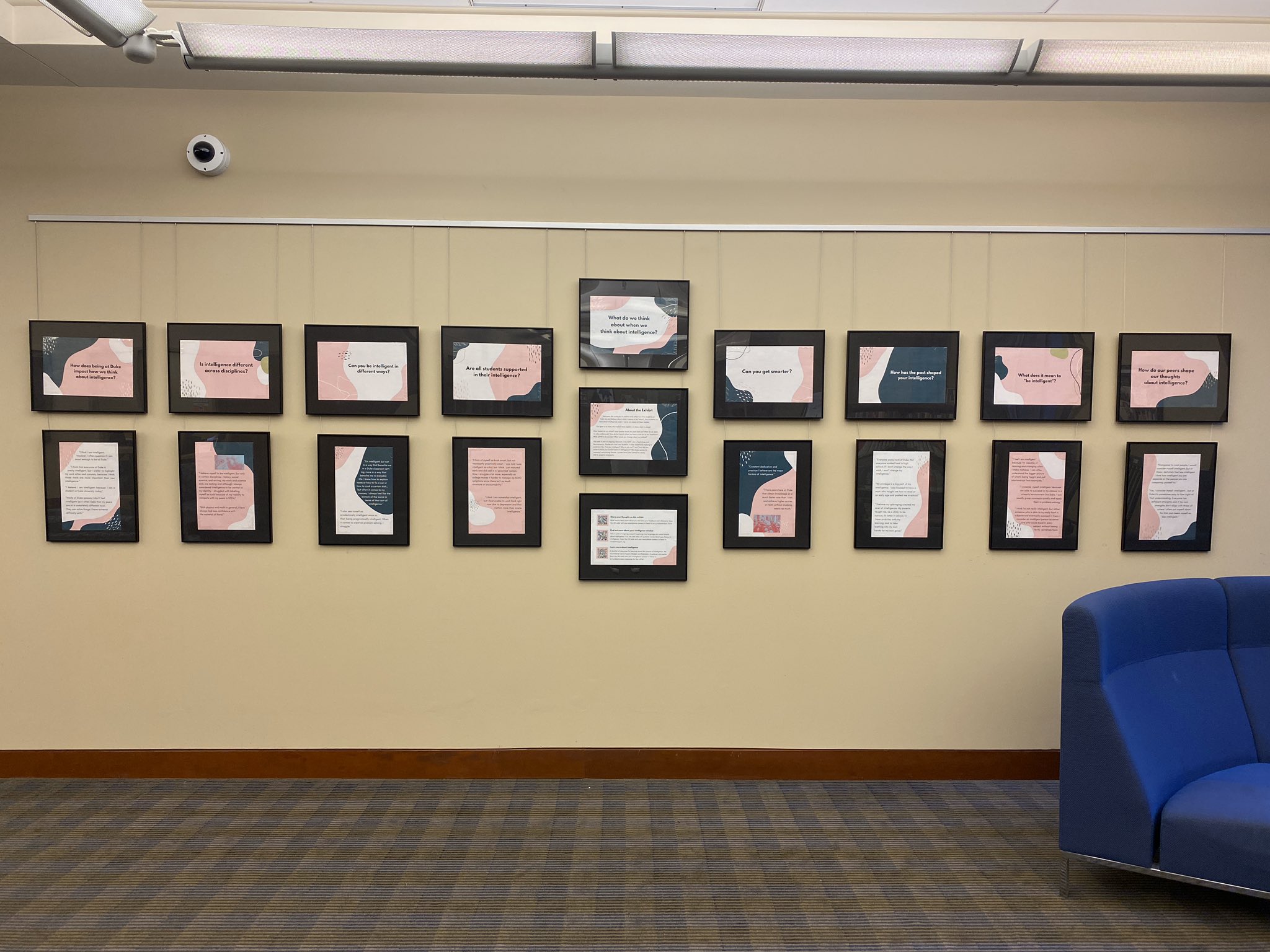 Problem: Whether people believe intelligence cannot be developed (fixed mindset) or can be developed through effort and experience (growth mindset) has profound effects on academic success. However, most mindset research has focused on predicting academic grades to the detriment of understanding student well-being, grade satisfaction, and other classroom behaviors. Moreover, mindset is typically measured with a 4-item scale that is quite explicit in what is being tested. As intelligence mindset as a concept has become more popular, this measurement validity issue has posed problems (e.g., socially desirable answers, etc.).

Process: My collaborator and I obtained funding through the Charles LaFitte Foundation. We recruited instructors from multiple STEM disciplines and sent out Qualtrics surveys assessing student beliefs. To measure mindset, we used both the scale and open-ended prompts (e.g., What caused you to have your current level of intelligence?). We trained research assistants to code free-text responses to these prompts as being reflective of intelligence mindsets. We also have extracted event logs from learning management sites to formalize help-seeking and procrastination-related behaviors.

Outcome: We have a paper currently under review at Teaching of Psychology on a data-driven approach to teaching intelligence mindsets. We created a web-based algorithm categorizing answers to the prompts as indicative of intelligence mindsets and curated an art exhibit to challenge the way we think about intelligence. We presented the preliminary results of our project at the BRITE Ideas talk series in 2018 and 2019. Further outcomes are anticipated: we have over 2,500 responses to analyze and data from over thirteen STEM classrooms. We also have collaborators implementing these surveys outside of Duke. 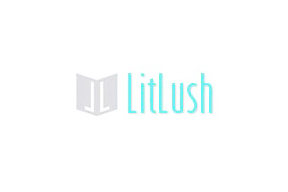 Could we create a modern, user-centered social media site for book lovers?

Problem: In 2013, my business partner and I thought that Goodreads, the predominant social media site for readers, had an outdated design and was missing key demographics of the book community. For example, Goodreads does not allow users to display additional videos or images, forcing users to link off-site and missing many different book communities – booktubers, i.e., Youtubers who make videos about books; bookstagrammers, i.e., Instagrammers who photograph books; etc. LitLush, pitched as social media for book lovers where Youtube meets Goodreads, was born.

Process: My business partner/the CEO recruited a manager who subsequently reached out to web developers. I recruited beta users through my connections in the book community; we specifically aimed for users whose reach and follower counts were high and who constituted our target audience. The CEO and I strategized together about the logo – the use of gender-neutral colors, modern fonts, and the symbol. We discussed branding: Long Live Lit became our slogan. We provided feedback to the developers on the prototype pages provided to us: member profile page for users, book profile pages, and the video portion of the site (not final).

Outcome: The site got to a testing stage before funding ran out, in part because the developers underbid the estimated amount of work involved. However, all was not lost, because the CEO and I made valuable connections with our beta testers. These connections were translated into the young adult villain-themed booktuber/author anthology, Because You Love to Hate Me, which we both contributed to and was a New York Times bestseller.